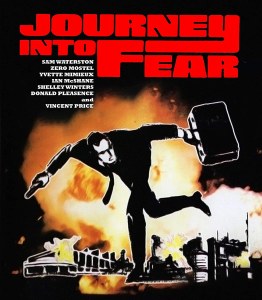 U.S geologist Graham (Sam Waterston) discovers a rich oil deposit in the mountains of Turkey that creates a dangerous conflict between Turks and Arabs interests. His life suddenly in peril, Graham tries to escape aboard a boat with the assistance of a Mr. Kupelkin (Zero Mostel) of the Turkish embassy. The passengers he encounters include a singer, Josette (Yvette Mimieux), who may also be a prostitute; and a bickering couple, Mr. and Mrs. Mathews (Shelly Winters & Stanley Holloway), all the while Graham aware that someone aboard is determined to kill him.