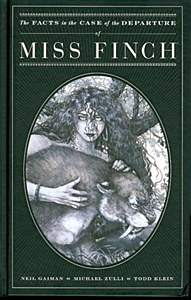 Facts In The Case Of The Departure of Miss Finch TP