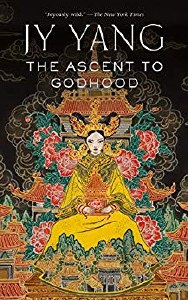 The Protector is dead.

For fifty years, the Protector ruled, reshaping her country in her image and driving her enemies to the corners of the map. For half a century the world turned around her as she built her armies, trained her Tensors, and grasped at the reins of fate itself. Now she is dead. Her followers will quiver, her enemies rejoice.

But in one tavern, deep in rebel territory, her greatest enemy drowns her sorrows. Lady Han raised a movement that sought the Protector's head, yet now she can only mourn her loss. She remembers how it all began, when the Protector was young, not yet crowned, and a desperate dancing girl dared to fall in love with her.