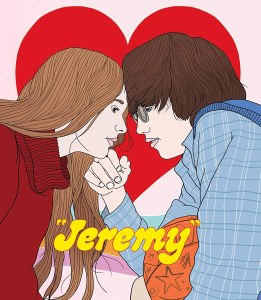 Jeremy loves horses, New York, basketball, the cello... and Susan, the new girl at school. Before they teamed in the hit film Ode to Billy Joe, Robby Benson and Glynnis O'Connor gained fame in this honest and moving tale of first love in "Fun City"-era New York. Benson (The Chosen and One on One) is Jeremy Jones, a shy teenager who excels in all areas of his life save for romance. After a brief encounter with dance student Susan Rollins (O'Connor, TV's The Boy in the Plastic Bubble and Baby Blue Marine) at school, Jeremy is smitten and suddenly everything else in the world seems inconsequential in comparison. All he can think of is winning Susan's heart. But, as he soon learns, new relationships can be as fleeting as they are exhilarating.

This "BIG 'little' movie" (The New York Times) would win "Best First Film" at Cannes for its writer-director Arthur Barron (Brothers). Barron and director of photography Paul Goldsmith's (Neil Young's Rust Never Sleeps) backgrounds in documentary filmmaking lend the film a gritty and realistic feel, befitting its urban locations. The songs and score by Lee Holdridge (Splash and The Beastmaster) and Joseph Brooks (You Light Up My Life), some of which are sung by the stars themselves, amplify the story's tenderness and sensitivity. Shot with hand-held 16mm cameras, Jeremy has an uncommon authenticity and immediacy. Now restored for Blu-ray from its 35mm CRI, these qualities can be appreciated in a way they have not been since the film premiered in 1973.