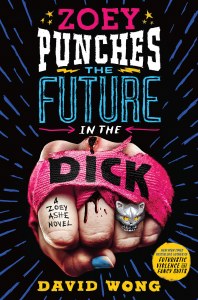 Zoey Punches The Future In The Dick HC