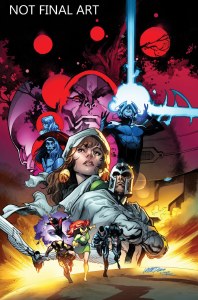 Face the future and fear the future as superstar writer Jonathan Hickman (INFINITY, NEW AVENGERS, FANTASTIC FOUR) changes everything for the X-Men! In HOUSE OF X, Charles Xavier reveals his master plan for mutantkind one that will bring mutants out of humankinds shadow and into the light once more! Meanwhile, POWERS OF X reveals mutantkinds secret history, changing the way you will look at every X-Men story before and after. But as Xavier sows the seeds of the past, the X-Mens future blossoms into trouble for all of mutantdom. Stories intertwine on an epic scale as Jonathan Hickman reshapes the X-Mens past, present and future! Collecting HOUSE OF X #1-6 and POWERS OF X #1-6. Rated T+