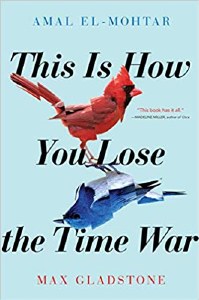 This Is How You Lose The Time War SC