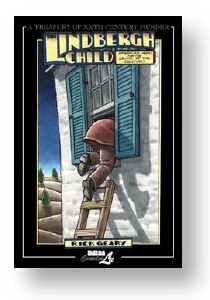 The Lindbergh Child: America's Hero and the Crime of the Century

Geary’s Treasury of Victorian Murder moves onto the XXth century with one of the most sensationalistic cases ever!

All was well for Charles Lindbergh, after his daring solo crossing of the Atlantic. Fame and fortune came quickly as well as marriage into a wealthy family. But soon after they build themselves their dream home far from the madding crowd, tragedy strikes: their baby is abducted! Geary retraces all the different highly publicized events, blackmail notes, false and otherwise, as well as the string of colorful characters wanting to ‘help,’ some of which actually successfully snookered the beleaguered hero. A fascinating story, of course without a fully satisfactory conclusion, replete with savory details and unsavory people as only Geary can masterfully relate with his understated dark humor.