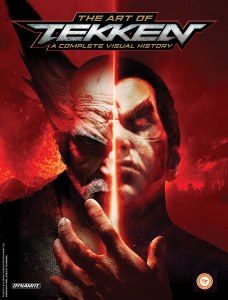 The Art of Tekken A Complete Visual History HC