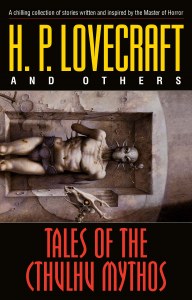 Tales of the Cthulhu Mythos TP