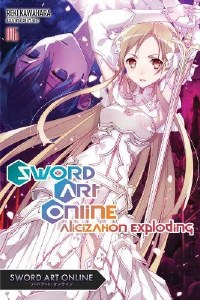 Fifty-thousand troops led by Gabriel Miller, aka Emperor Vecta, the God of Darkness prepare to invade the human lands defended by Bercouli and his army of five thousand. Kirito, still out of commission, is left in the care of Ronie and Tiese. Chancellor of the dark mages guild Dee Eye Ell also threatens to vanquish the army by launching a large-scale magical attack of her own. And in the midst of chaos, the one who appears to turn the tide of battle is none other than... Asuna?!