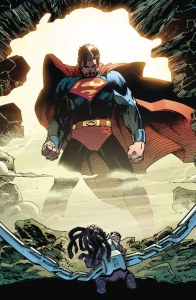 Superman Up In the Sky #6