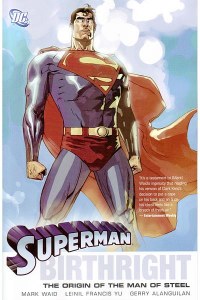 Witness the making of a legend, as Clark Kent learns the tough lessons needed to become the World's Greatest Hero! Also watch as Lex Luthor comes to Smallville, befriending Clark. But it's a relationship that may ultimately spell disaster for Metropolis and the Man of Steel.

The entire modern day retelling of Superman - from his early days in Smallville with Lana Lang and Lex Luthor, to his first meeting with Lois Lane, Jimmy Olsen and Perry White in Metropolis - is recounted in this lavish collection.