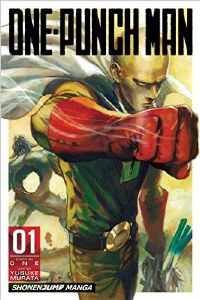 Manga creator ONE began One-Punch Man as a webcomic, which quickly went viral, garnering over 10 million hits. In addition to One-Punch Man, ONE writes and draws the series Mob Psycho 100 and Makai no Ossan. A highly decorated and skilled artist best known for his work on Eyeshield 21, Yusuke Murata won the 122nd Hop Step Award (1995) for Partner and placed second in the 51st Akatsuka Award (1998) for Samui Hanashi.