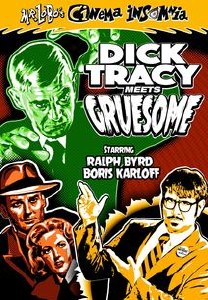 Mr. Lobo's Cinema Insomnia has been seen in hundreds of television and cable markets. In the tradition of vintage horror host shows, Mr. Lobo appears in brief vignettes in between segments of this late night movie. Also appearing in the breaks are satirical commercials, old movie trailers, classic commercials and interviews shot at horror/sci-fi conventions and film festivals across the country. "They're Not Bad Movies...Just Misunderstood!"