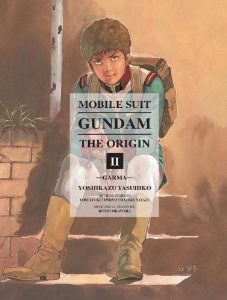 With the Federation's White Base now on Earth and his assault carrier loaded with civilians, Bright Noah must now navigate his ship safely through enemy occupied territory. Unfortunately on his tail are a host Zeon troops. Lead by the Commander of North American Earth Forces, Captain Garma Zabi, a fleet of aircraft is preparing to lay siege on the Federation ship with ambitions to capture its new Mobile Suit. But before the Zeon make their move in the American desert, an old acquaintance of Garma's has arrived. Lt Char Aznable, known on the field of combat as The Red Comet, followed the White Base from space and is here to on a reconnaissance mission to gain information on the Federation's new suit.

To prove his worth, Garma engages the Feds soon after his brief reunion. The results were not ideal. In fact, the Federation may have found new weapons for their defense in the process. And Garma, who led the charge himself, was fortunate to survive this first confrontation.

Now with the White Base heading towards South America, and word of an insurgence movement developing, Garma must find a way to quash the Federation's plans...There is no turning back!