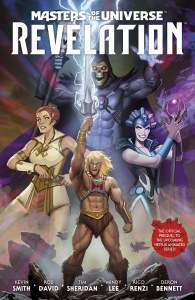 Masters of the Universe Revelation TP