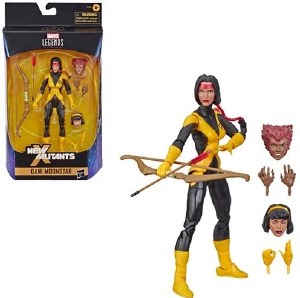 Part of a group of superhuman young mutants, Dani Moonstar, has the power to conjure illusions based on her enemy's deepest fears. The New Mutants are a team of teenaged superheroes who first appeared in the pages of Marvel comics in the early 1980s as a spin-off from the iconic X-Men franchise. This premium quality Dani Moonstar action figure from the Marvel Legends Series makes a great addition to any fan collection.