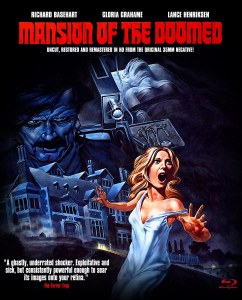 Mansion Of The Doomed Blu ray