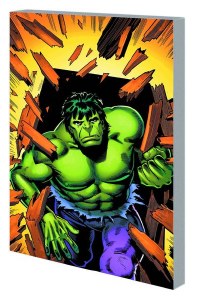 In 1979, Marvel UK launched the weekly HULK COMIC, which featured new stories starring the green goliath produced by up-and-coming British talent including Dave Gibbons (Watchmen), David Lloyd (V for Vendetta), Steve Dillon (Preacher, WOLVERINE: ORIGINS), John Bolton (CLASSIC X-MEN) and Paul Neary (THE ULTIMATES)! Bolstered by the popularity of the live-action TV show, the Hulk was a hot property on both shores, spawning years of UK-created comic and text stories! Now, for the first time in decades, Marvel UK's vaults are opened - and these classic tales, most never before seen on US shores, are collected into one massive volume!