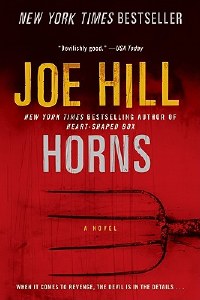 The New York Times bestselling author of Heart-Shaped Box returns with a relentless supernatural thriller that runs like Hell on wheels . . .

Merrin Williams is dead, slaughtered under inexplicable circumstances, leaving her beloved boyfriend Ignatius Perrish as the only suspect. On the first anniversary of Merrin's murder, Ig spends the night drunk and doing awful things. When he wakes the next morning he has a thunderous hangover . . . and horns growing from his temples. Ig possesses a terrible new power to go with his terrible new look- a macabre gift he intends to use to find the monster who killed his lover. Being good and praying for the best got him nowhere. Now it's time for revenge . . .