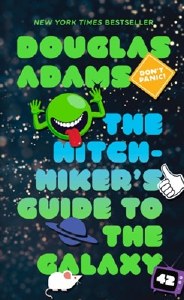 Hitchhikers Guide to the Galaxy MMP