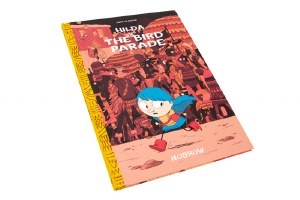 Hilda and the Bird Parade HC