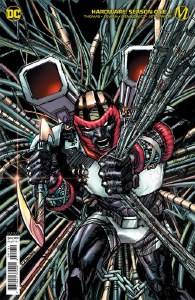 Hardware Season One #1 Cvr B