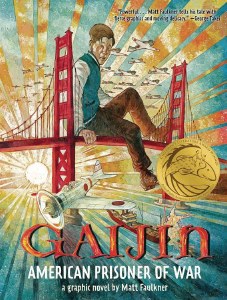 San Francisco, 1941: America has just declared war on Japan. With a white mother and a Japanese father, Koji Miyamoto quickly realizes that his home is no longer a welcoming one. Streetcars won't stop for Koji, and his classmates accuse him of being an enemy spy. When a letter arrives from the government notifying him that he must go to a relocation center for Japanese Americans, he and his mother are forced to leave everything they know behind. Once there, Koji soon discovers that being half white in the internment camp is just as difficult as being half Japanese in San Francisco.