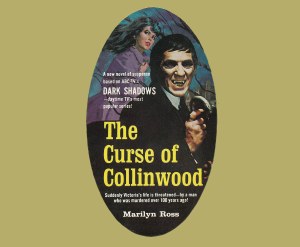 The original, classic Dark Shadows books from the Paperback Library, return with Hermes Press' archival reprint of all 32 titles in the series. Do zombies walk at Collinwood? Upset over the death of Ernest Collins, Victoria begins to believe that Phantoms are haunting her. Are they figments of her imagination? As the threats to her life become very real, she is forced to accept the horrifying truth. The strange figures are not phantoms, but the bodies of Derek and Esther Collins, murdered more than a century ago. They were unwittingly released from their coffins by a shaft of moonlight and doomed to roam the earth as the 'living dead.'