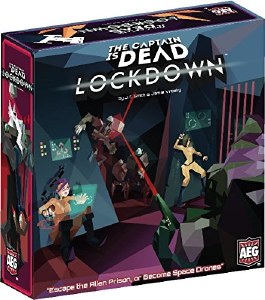 On this week's exciting Episode of the Captain is Dead! even without the help of the late Captain, the crew was able to escape the alien attack in our last Episode! however, the hasty repairs to the jump core did not hold, and now the crew finds themselves locked in an alien prison! now the crew must use all their skills to hack into the alien Prison's systems, while staying hidden and avoiding alien patrols. Using their various skills, can the crew successfully steal an alien ship and escape? or will they perish in this prison?

A game that can be played as a standalone, or back to back with the original Captain is Dead for extra adventure!