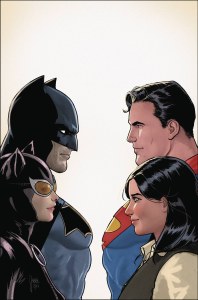 Following Batmans proposal to Catwoman, Batman leaves Gotham City on a quest of redemption in the desert. Along the way, he encounters members of his extended familyeach ready to push back against his determination to evolve into something better than a superhero. Then, a young admirer of Bruce Waynes wants to grow up to be like his millionaire idol. But what would happen if Mattie were forced to relive the worst tragedy of Bruce Waynes life? Collects BATMAN #33-44 and ANNUAL #2.