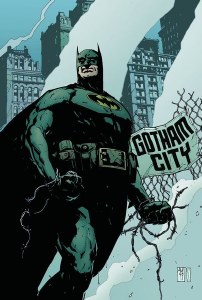 For the first time, the classic Batman epic is collected in full, including chapters that were never before collected, starting with these stories from BATMAN: SHADOW OF THE BAT #83-86, BATMAN #563-566, DETECTIVE COMICS #730-733, AZRAEL: AGENT OF THE BAT #51- 55, BATMAN: LEGENDS OF THE DARK KNIGHT #116-118, BATMAN CHRONICLES #16. Months after a cataclysmic earthquake, the last remaining citizens of Gotham City live amid a citywide turf war in which the strong prey on the weak.