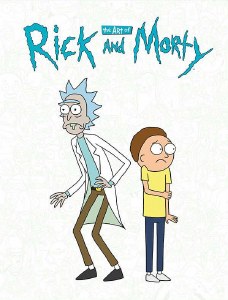 Art Of Rick and Morty HC