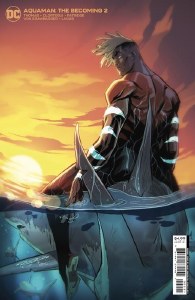 Aquaman the Becoming #2 Cvr B