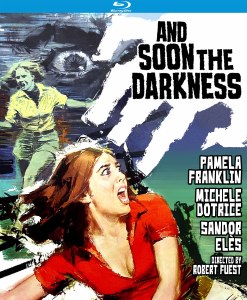 And Soon the Darkness Blu ray