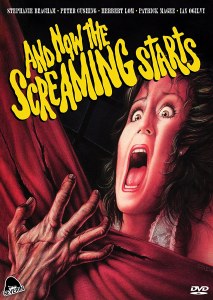 And Now the Screaming Starts DVD