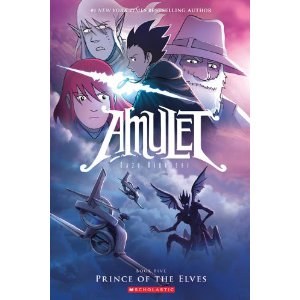 Amulet SC 05 Prince of the Elves

Emily has survived the chaos of the Guardian Academy, but Max Griffin, who is working for the Elf King, has escaped with the Mother Stone. The Elf King has now forged new amulets, which will allow him the ability to invade Cielis and destroy it once and for all. Emily and her friends desperately make preparations to defend Cielis in what will inevitably be a brutal war, and they can only hope that it will be enough to defeat the Elf King.