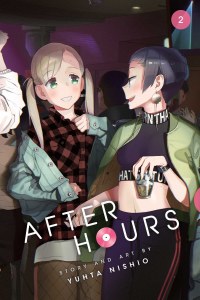 There’s always something going on at night. Sooner or later, you’ll find your scene.

Emi Ashiana is 24, unemployed and not really sure what she wants to do with her life. When a friend invites her to a dance club, Emi doesn’t expect much. But what she finds will change her world!

Emi and Kei are making plans for something big, but first they have to convince Kei’s DJ collective to go along with their wild idea. And with a lot of money on the line, it will take more than just enthusiasm to launch their dream event. But despite finally feeling like she might fit in, Emi’s anxiety and secrets are starting to catch up with her. Will they ruin everything?