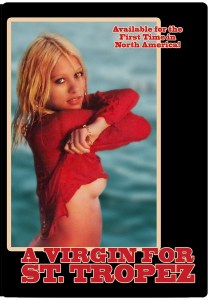 A Virgin for St Tropez DVD