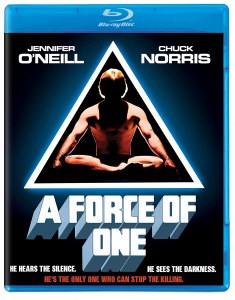 A Force of One Blu ray